This week, we were extremely honored to speak to Internet intellectual Clay Shirky, writer, teacher, and consultant on the social and economic effects of Internet technologies. 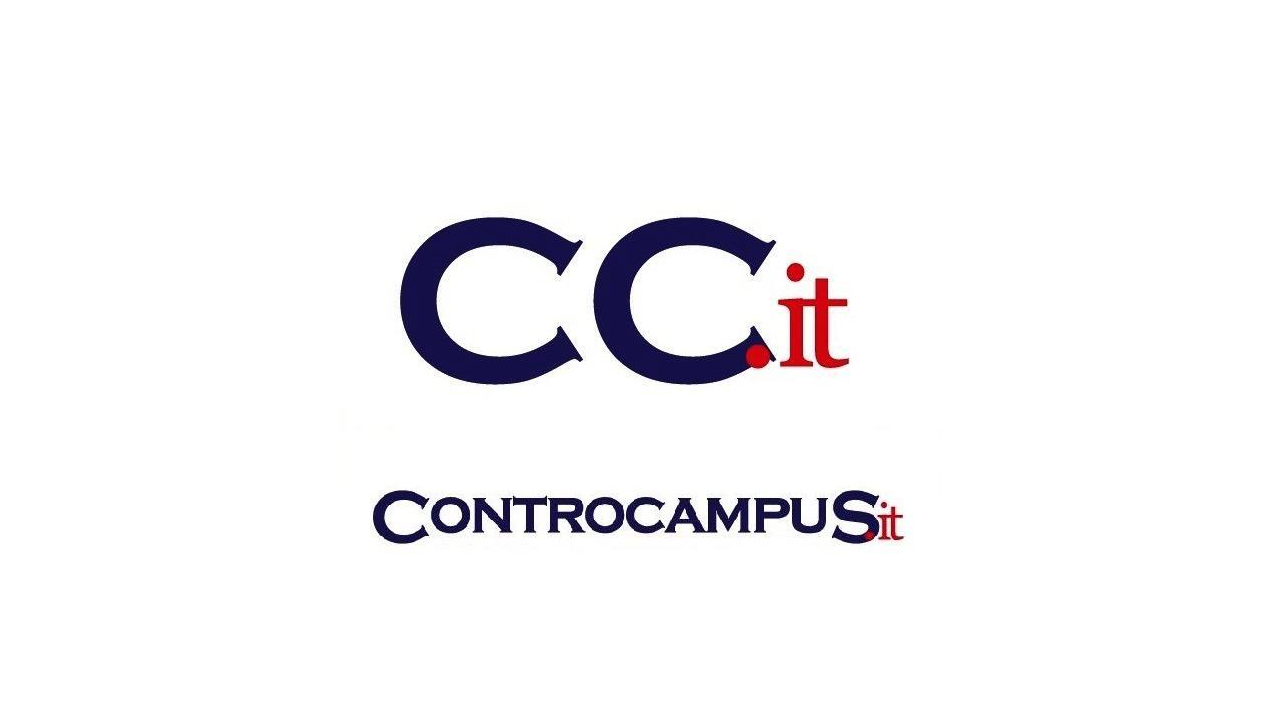 Clay is a professor at the renowned Interactive Telecommunications Program at NYU and author of two books, most recently Cognitive Surplus: Creativity and Generosity in a Connected Age.

Clay is one of the foremost minds studying the evolution of Internet culture. He is also a dedicated writer and reader, and it was natural that we would ask him to contribute to our series to hear what he could teach us about social reading. Clay is both brilliant and witty, able to weave in quotes from Robert Frost in one breath and drop a “ZOMG” in the next. So sit down and take notes: Professor Shirky’s about to speak.

How is publishing changing?

Publishing is not evolving. Publishing is going away. Because the word “publishing” means a cadre of professionals who are taking on the incredible difficulty and complexity and expense of making something public. That’s not a job anymore. That’s a button. There’s a button that says “publish,” and when you press it, it’s done.

In ye olden times of 1997, it was difficult and expensive to make things public, and it was easy and cheap to keep things private. Privacy was the default setting. We had a class of people called publishers because it took special professional skill to make words and images visible to the public. Now it doesn’t take professional skills. It doesn’t take any skills. It takes a WordPress install.

The question isn’t what happens to publishing — the entire category has been evacuated. The question is, what are the parent professions needed around writing? Publishing isn’t one of them. Editing, we need, desperately. Fact-checking, we need. For some kinds of long-form texts, we need designers. Will we have a movie-studio kind of setup, where you have one class of cinematographers over here and another class of art directors over there, and you hire them and put them together for different projects, or is all of that stuff going to be bundled under one roof? We don’t know yet. But the publishing apparatus is gone. Even if people want a physical artifact — pipe the PDF to a printing machine. We’ve already seen it happen with newspapers and the printer. It is now, or soon, when more people will print the New York Times holding down the “print” button than buy a physical copy.

Institutions will try to preserve the problem for which they are the solution. Now publishers are in the business not of overcoming scarcity but of manufacturing demand. And that means that almost all innovation in creation, consumption, distribution and use of text is coming from outside the traditional publishing industry.

What is the future of reading? How can we make it more social?

One of the things that bugs me about the Kindle Fire is that for all that I didn’t like the originalKindle, one of its greatest features was that you couldn’t get your email on it. There was an old saying in the 1980s and 1990s that all applications expand to the point at which they can read email. An old geek text editor, eMacs, had added a capability to read email inside your text editor. Another sign of the end times, as if more were needed. In a way, this is happening with hardware. Everything that goes into your pocket expands until it can read email.

But a book is a “momentary stay against confusion.” This is something quoted approvingly by Nick Carr, the great scholar of digital confusion. The reading experience is so much more valuable now than it was ten years ago because it’s rarer. I remember, as a child, being bored. I grew up in a particularly boring place and so I was bored pretty frequently. But when the Internet came along it was like, “That’s it for being bored! Thank God! You’re awake at four in the morning? So arethousands of other people!”

It was only later that I realized the value of being bored was actually pretty high. Being bored is a kind of diagnostic for the gap between what you might be interested in and your current environment. But now it is an act of significant discipline to say, “I’m going to stare out the window. I’m going to schedule some time to stare out the window.” The endless gratification offered up by our devices means that the experience of reading in particular now becomes something we have to choose to do.

The social piece of reading is a kind of penumbra. It’s something that forms around the text and after the fact. The feature of “highlight this passage and immediately see how many other people have highlighted it”? I mean, ZOMG, no. I want my own thoughts rendered as the most recent entry in the constant, long-running popularity contest that is the Internet – in real-time. Pick it up and do anything you like with it. Tell me later who else liked it. Show them to me, introduce them to me, whatever — not right now. Right now I’m reading.

When people hear “social reading,” they think that it is proximate sociability on the device in real-time. But let’s not necessarily jam the social bit into the experience of reading. The explosion of conversation around those kinds of works is best done after the fact. The phrase “social reading” often causes people to misunderstand what it is.

“Social reading,” the way I’ve always interpreted the phrase, is reading that recognizes that you’re not just a consumer, you’re a user. You’re going to do something with this, and that something is going to involve a group of other people. Read a book. The very next thing you’re going to do, if it was at all interesting, is talk to someone about it. Book groups and discussion lists are social reading. Because so much of our media in the 20th century was delivered in real-time, with very little subsequent ability to share, save, shift, store, we separated the consumption from the reproduction and use of media. We don’t actually think of ourselves as users of media, when in fact we are.

How are you annotating? When you are annotating, what do you do with those clips?

Because of the Kindle Fire’s touchscreen, it’s finally easier to annotate electronic texts than it is to annotate physical texts. Just grabbing and dragging. And that has changed my pattern around books. The minute it becomes something where I say, “I want to annotate this, I want to remember my own reactions to this,” I have now come to rely on the Kindle more because of this dragability.

You can highlight or you can do something else to add your own words, and the fact that I don’t know what it’s called should tell you exactly how much I use it. When you go down to a secondhand bookstore, you’ll find books with notes in the margins. Someone will underline or highlight a passage, and then what do they write in the margin? “Important exclamation point!” There are these stories of books passing from hand-to-hand with annotations in them. That sense of a book as a repository for collective conversational wisdom is wonderful, but I don’t actually see it reflected in annotation patterns. It’s certainly not reflected in my own annotation patterns.

Really? So then, why annotate?

You annotate because that’s the part you want to keep. There’s the experiential value and there’s the extractive value from books. The experiential value of reading Bruno LaTour’s Reassembling the Social was the character of LaTour’s thought at the particular point in his career. Having had that, because I don’t teach classes on the sociology of science, what I now need from that book is the extractive bit, so if I ever teach that topic, or write about it, I can start where I left off rather than having to take the book down from the shelf.

Everything I do is geared toward some form of talking out loud, as a writer, as a teacher, as a consultant, whatever. I end up doing something active with maybe one annotation out of 20. But what I love about Findings is that it takes the logic of Flickr — when you default to social and give people the opportunity to withdraw, what you’re really hashing out is, what are you doing with the 80 percent of stuff people don’t care about one way or the other?

That is one of the potential shifts in social reading: Can I create value for other people by saying that I found this passage by Bruno LaTour striking — even if I never look at it again? That’s an amazing act of what I called “frozen sharing” in my last book. Being generous about things when you are offering it out to the public, without it being either in a specific time frame or for a specific target.

What I’m saying is — as I was reading it I was struck by this passage. And that sentiment is freeze-dried. Maybe no one ever defrosts it. Maybe it just sits there as an informative piece of meta-data. Maybe it doesn’t make any difference to anybody. But maybe, the fact that I picked out that passage causes it to surface in someone else’s search. Or I could see everybody that picked out that passage. Or I could do a search where I filter for everyone who cared about that passage and show me the other passages they agreed about to get the commonality of the books they read. The point is, by switching to default public, the aggregate value of that information is so much larger than anybody believed it would be in the 1990s.

What is the potential for social reading? Where can it go from here?

Well, it can go any place reading is. There’s a quote from Robert Frost, and I’m not going to get it exactly right, but basically, Men work together, whether they work alone or together. That sentiment, that understanding, is slowly penetrating society.

Social reading doesn’t create a new category. People excerpt and annotate and share and argue and quote and remix. All these things happen all the time. Social reading introduces the idea of text as a usable object. The idea that I’d read it and then do something about it — those actions were always connected, but we pretended they weren’t because the book didn’t have those features. Social reading goes any place where a group of people cares about a particular text.

What I’m hearing is that social reading is already happening.

Yes. And the work social reading is doing now is making text visible, and extending the radius and the half-life of its value.

Lastly — I know that you’re very invested in collective action. How can social reading connect to activism?

Books are historically lousy calls to action because they tend not only to be produced slowly but consumed slowly. The role of longform writing in collective action is much more about synchronization than coordination. Whenever you read the book and whenever I read the book can be years apart, but when we both show up to the same place, we have that shared background.

You could have groups that synchronize around these texts that don’t necessarily call themselves subcultures. The number of people who’ve read, say, The Coming Insurrection is tiny. But it used to be impossible for us to find each other, and now it’s easy. So — if you go to Occupy, and if I go to Occupy, and we’ve both read David Graeber… that sensibility suffuses the crowd, and that crowd is better able to act than it would have been previously. And that synchronizing effect, not so much of time but of shared awareness, that’s a big part of the present change, and one that’s going to be amplified in the future.